I spotted this article in the press this week…. 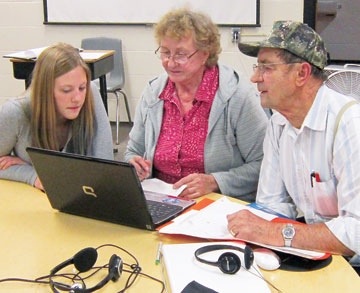 Learning photography may keep an ageing mind sharp
Learning a mentally demanding skill such as photography can improve cognitive functioning in older adults, a new study has found.

“When you are inside your comfort zone you may be outside of the enhancement zone,” Park said.

For their study, Park and colleagues randomly assigned 221 adults, ages 60 to 90, to engage in a particular type of activity for 15 hours a week over the course of three months.

Some participants were assigned to learn a new skill – digital photography, quilting, or both – which required active engagement and tapped working memory, long-term memory and other high-level cognitive processes.

Other participants were instructed to engage in more familiar activities at home, such as listening to classical music and completing word puzzles.

And, to account for the possible influence of social contact, some participants were assigned to a social group that included social interactions, field trips, and entertainment.

At the end of three months, Park and colleagues found that the adults who were productively engaged in learning new skills showed improvements in memory compared to those who engaged in social activities or non-demanding mental activities at home.

Researchers now plan on following up with the participants one year and five years down the road to see if the effects remain over the long term.

“This is speculation, but what if challenging mental activity slows the rate at which the brain ages? Every year that you save could be an added year of high quality life and independence,” Park said.

One Response to “Photography Improves Memory”